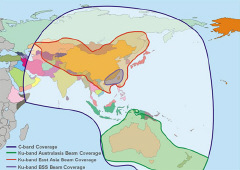 Optus is a leader and innovator in satellite-based communications services in the Australasia region providing a comprehensive range of advanced digital satellite services, with the largest fleet of domestic satellites in Australia and New Zealand. 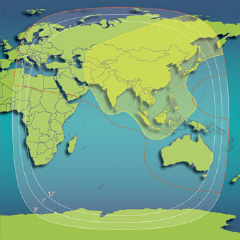 One of the most modern and powerful broadcast satellites in the Asia Pacific region. Measat 3 has a fast-growing HD neighborhood and the pan-Asian network carriage to make it a leading platform of choice, providing the best value in the region. The Global C Band Beam covers over 100 countries, representing more than 2/3 of the world’s population.

AsiaSat 3S has been the television broadcasting champion of Asia Pacific for nearly decade, and one of the leading satellites in the region, reaching a potential audiences of 95 million households and 360 million viewers. AsiaSat 3S broadcasts numerous premium TV channels.